This, kids, is the story of the birth of Mon-stors, and how Lu & Ed

April 25th is a big mile marker. But to be honest, the celebrations really start on April 23rd, and they end on April 25th. What exactly am I celebrating for three days? Friendship, love, and crazy spur of the moment decisions. And this guy. 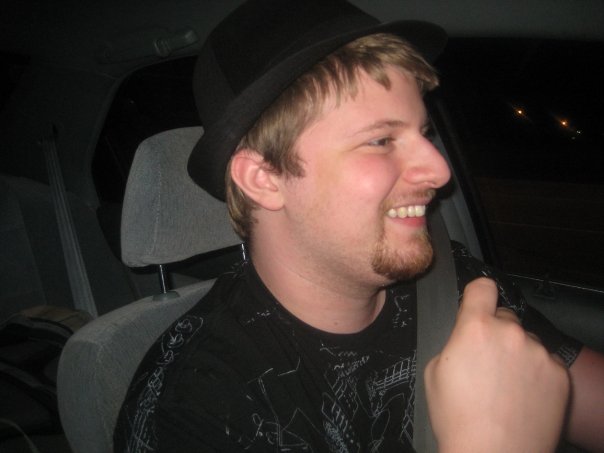 To tell you about all that though, you need a backstory, and I'll warn you it's kinda sappy and romantic. Trace and I met - gosh, I can barely believe it! - over 11 years ago, when I was 14 and he was 13! We met online, through a mutual friend (Rob! He is my best bud. ♥), and chatted daily on AIM. His screen name involved the name Edward, mine, Lucy. He was living in Oklahoma and I was on the East Coast. We would talk for hours every day. Despite the distance, we grew close and were the best of friends . Every major life moment was shared, as well as every ridiculous detail of our days. As we grew up together, we would talk several times a day usually via AIM, text or phone calls. There were times we lost touch, sometimes for a few days, once for several months, but we always picked up right where we had left off, as if only a few hours had passed since the last time we spoke.

Trace moved many times with his family growing up, sometimes living as close as Tennessee, which was just 7 hours from me - but we never met in person. Every meet-up we attempted fell through. Eventually, Trace ended up in Missouri at college. In late March of 2009, Trace up and decided to fly out and visit me over spring break. It was our very first time meeting in person, and I was giddy! Years of friendship and we could finally meet! I couldn't wait to meet him in person and show him all of the places we had talked about, have him meet my family and friends, taste the southern food I always ranted about, and so on.

So, you know that corny saying about love at first sight? Yeah, it totally happens. The moment our eyes met when he walked into the terminal things just... clicked. I leapt into his arms (and I'm pretty sure I heard a few people gagging over the clichè girl-and-boy-at-the-airport-hugging-for-far-too-long thing). My long time friend was now the love of my life, and it happened in the beat of a heart. The following week flew by. We visited the zoo, a kid's museum called EdVenture and traveled through a giant boy's body, dined at Mellow Mushroom (the best pizza joint in the world), ate perlo at my cousin Reathel's house, stayed up into the very wee hours of the morning watching movies, and on the days I had to work, Trace would go to the video store with me. The day before he left to fly home to Missouri, we were sitting outside on the steps, and he asked me a question, one that would change my life completely, as one would ask someone what they thought of the weather:


"Do you want to move to Missouri and live with me?"

Most people would have a response like, "Um, what?" or "I need to think about it" or "What kinda drugs you on, dude!?", you know? I think my response was a laugh, shrug and "When?"

Three weeks later, on April 22nd, he flew back to South Carolina, and we loaded up a U-Hual and my car with all my worldly possessions and my son, and around 5am on April 23rd, I began my venture halfway across the country with Trace. ♥

I wish I had taken more pictures of our adventures on the road. It was a great trip. So much fun, traveling through South Carolina, North Carolina, Tennessee, Kentucky, Illinois, and all the way across the state of Missouri to Kansas City. 986 miles in all. I arrived around 2pm, April 25th, and was greeted by his mom and five siblings. And since that moment, my life has never been the same! ♥ It has been beautifully, blissfully, busy and chaotic.

When I first arrived in Missouri, I lived in Trace's mom's finished basement with him and my son while we both worked to save up money for our own place. My son took the one bedroom and we turned the rest of the space into a studio. Due to the tiny living conditions, and as many of you well know how kids have eleventy billion toys, overflowing drawers of clothing and a million sharp objects for you to step on no matter how many times you clean up, I started to search for small space storage solutions to contain his stuff, and was discouraged, because shelves and toy boxes and totes take up much needed floor space we couldn't really spare down there in his tiny room.

Then I had a brilliant idea - what if I just made some hanging storage bags?! I had this idea at 2am (when all the best ideas come) a few months after moving in - and since it was for a kid, what about monster bags that eat toys?! They could hang from the doors, or in the closets, and not actually take up any floor space. I got out of bed and flipped through some craft books my friend had given me before I moved that had tips for sewing items for kids and decorating furniture to give myself a boost of confidence that I could handle a DIY project, even if I had no idea what a seam allowance was. I couldn't wait to get started!

The next day, Trace went with me to shop for fabrics, something cheap to practice on, and with the help of Trace's mom, Denise, I drew up a pattern* on pieces of paper I had taped together, and she taught me how to use her sewing machine (faithful Bernie that I still use today!). And several hours later, on that hot day in September, the very first Mon-stor was born, made with broadcloth and burlap with buttons for eyes.


I saw (lots of) room for improvement, so we headed back out for more practice materials, more broadcloth and burlap. I was obsessed. I made Mon-stor after Mon-stor after Mon-stor. I totally loved making Mon-stors! Personalities began to develop with each one I made, but Mon-stors were still far, far from what they are today.**

After posting pictures on Facebook and Cafemom, people started asking if I would make them one, too. After about 10 requests, I had a crazy thought - what if I did this, instead of working in customer service, which I had been working in for 7 years? It was a crazy thought, but Trace was in full support of the motion, and encouraged me to do it. So, then, two weeks later, I quit my day job and bam! I was a monster making knuckle head. I started booking craft shows, and would sew until 4am to fill requests. Denise thought I should branch out off of just my personal Facebook page, and spread out to other social media venues and turn this into a real business. She asked me what I thought about for a business name, and I said without pause,

because, if he hadn't made that crazy on-a-whim flight to South Carolina to meet a girl he only knew through the internet and phone calls, and if I hadn't made that totally rash, spur of the moment crazy decision to move half way across the country with a boy I had just met for the first time in person 6 days before he offered to sweep me away to the Midwest, then I probably wouldn't have ever learned how to use a sewing machine, Mon-stors would never have been invented, and, the most unfortunate possibility of all, Lu wouldn't be with the love of her life, Ed. 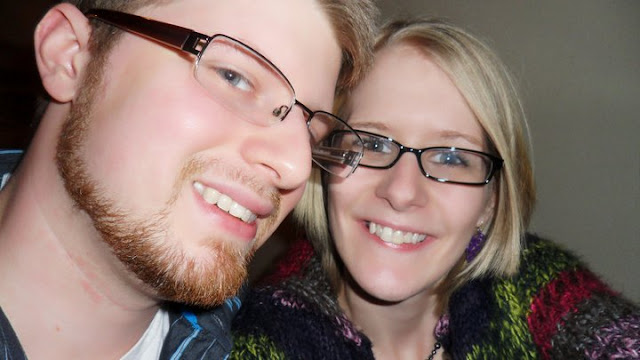 * The first ever pattern I drew up on taped together pieces of paper is still the same pattern that is used on today's Mon-stors, thought it has been converted into a fabric pattern! The limbs have been altered but the body is the exact same as the original Mon-stor. :)

**The three prototype Mon-stors I made for my son in November of 2009 are still in perfect condition after 3 and a half years of non-stop use, going through the washing machine, and multiple kids hanging off of them. The pictures of the burlap Mon-stors were taken today, 4.27.12. and the Mon-stors were created in September, 2009. :)